Most commonly known as “Wet Hosing”, we come to your home location or job site before or after working hours and fuel your vehicles so they are ready to go for the next shift. This service provides you with the peace of mind of having one less thing about which to worry, fueling, so that you can maintain your focus on the success of your business.

Have you ever passed a local convenience store early in the morning and see 4 or 5 trucks from the same company there to fuel? Most times each vehicle carries one or more workers other than the driver. So, the truck is in the fueling lane and what happens? The workers being transported get out to go inside the local convenience store to buy their breakfast. Now the driver has finished fueling. What happens next? He parks the truck so he can get his breakfast. Now, everyone can go to work even though they have already been on the clock for ½ hour. Let’s recap at the minimum – 2 people in each of 4 trucks; 15 minutes to fuel; 15 minutes for the driver to park, get his breakfast and round up his helper. Thirty minutes’ times eight men at say, $15.00 per hour just to fuel the trucks. Over five days at $60.00 per day you have paid $300.00 extra to fuel four trucks. Many people tell me that the local convenience store’s fuel is cheaper. Is it?

HOW DOES IT WORK?

Our trucks are equipped with multiple compartments for different fuels and a ticket printer to show exactly how much of what fuel went into which vehicle on what date and time. There will be a separate, printed ticket for every vehicle that will also show start and stop gallonage. Our system is tied into our computer system making it virtually tamper proof. At the end of the billing period, you will receive an itemized statement with the transactions in chronological order showing the same information.

Partner with us for on-site fueling and we promise to plug the drain on your fueling expenditures. 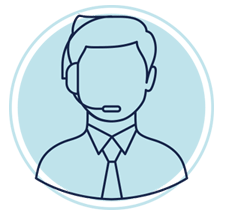 PLEASE WATCH THIS VIDEO, THEN COME BACK AND CLICK THE PVF LOGO TO DONATE